Since writing the book Sleeping with Spirit last year, I have had the opportunity to speak with more people about their dreams. I have really enjoyed getting feedback from people who experienced a shift in their own dreams after talking with me and reading the book.

One such story was from a friend who had shared with me that he rarely remembered his dreams, had never given them much thought. (Although his father had an extremely interesting dream history, so at least people with a consistent dream experience was on his radar).

Recently, my friend Chuck wrote to me about the shift he experienced:

"I have always considered myself to be fortunate when it comes to sleep. I've slept soundly, through he night, my whole life. While being blessed with the ability to fall, and stay asleep has been a constant in my life, I can't say the same is true for the gift of dreaming. For most of my life, I can't even be sure if I've dreamt or not, since there has been no consistent ability to recall them. Further, the few dreams I could recall, satisfied nothing more than a benign, prurient interest in a shallow, voyeuristic sense. The dreams would be insignificant, passive conversation starters, unfulfilling and purposeless; nothing more or so I thought.

I recently reconnected with a good friend from years ago, author Kim Treffinger. As it goes when old friends catch up, we spent hours talking about our passions and life's ambitions. I learned that Kim had devoted years to exploring her own journey of psychic dreaming, and unlocking the potential of prophetic dreaming through the use of journals. I learned that she authored a book, "Sleeping with Spirit", so I bought a copy and read it. Her book sparked something in me, and gave me hope that i might finally be able to discover the value of unlocking my own ability to recall, and understand my own dreams. Days and weeks passed, and we spoke often about psychic dreaming, eventually demystifying the subject, and allowing me to understand better.

Our talks took on a routine, even familiar tone, as I began to unlock my own potential. I began to notice improvement with my ability to recall dreams. I dabbled with sporadic journaling when a particular dream caught my attention.

Soon after reading her book, and just a couple of weeks after immersing myself in the subject matter, I had what I now consider to be THE cornerstone event in my early journey of prophetic dreaming. I had a dream that someone very close to me was badly injured in a helicopter crash. The dream was not cluttered with confusing symbolism, and it wasn't difficult to interpret. In the dream, I watched him get into a helicopter and give the thumbs-up sign as they took off. Moments into the flight, the helicopter spun out of control and plummeted back to earth, crashing violently and ejecting both the pilot and passenger. I woke from the dream, disturbed and shaken. The next day I received a phone call, telling me that my loved one had been in a very real helicopter crash while getting video footage for a production he was working on. Fortunately, it was far less serious than the dream, but the similarities were striking, and impossible to ignore.

Once the moment of panic passed (that slow-motion, tunnel-vision, ear-ringing moment that accompanies such bad news as such), I recalled the dream from two nights before. I wasn't especially shocked, or surprised. By then, it seemed plausible and not at all unusual to me, that i had dreamed about the crash in advance of the actual events. In fact, since immersing myself in the world of psychic dreams, reading Kim's book, and speaking to her almost daily on the subject, I had privately begun to wonder when I might get "my turn", to have a prophetic dream. I just had no idea it would be such a serious, unforgettable, noteworthy event; one that I would have preferred never actually happened.

The mystery of prophetic dreaming continues to reveal itself to me, one dream at a time. Some dreams more clearly than others."

It gives me a feeling of great satisfaction to introduce others to this potential in their own lives. Most people are literally sleep walking in life without this knowledge of a greater reality that exists in their dreams. Prophetic dreams are proof, living proof you can experience first hand, that there is much more to this reality than we are being taught.

A Call out for Children's art 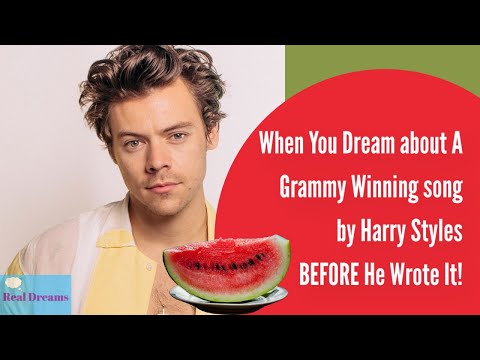 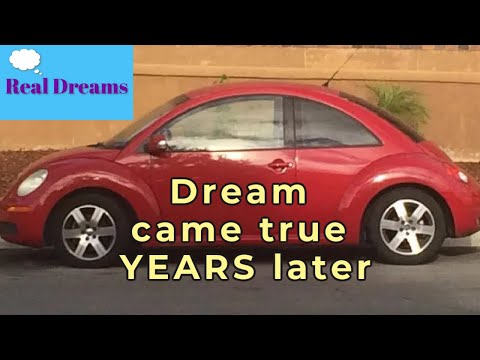 Dreaming 13 Years into the Future 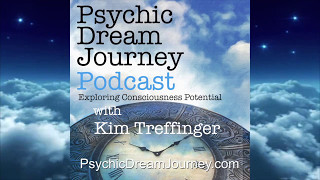 Interview on Beyond Reality Radio!

Message of the Red VW Beetle